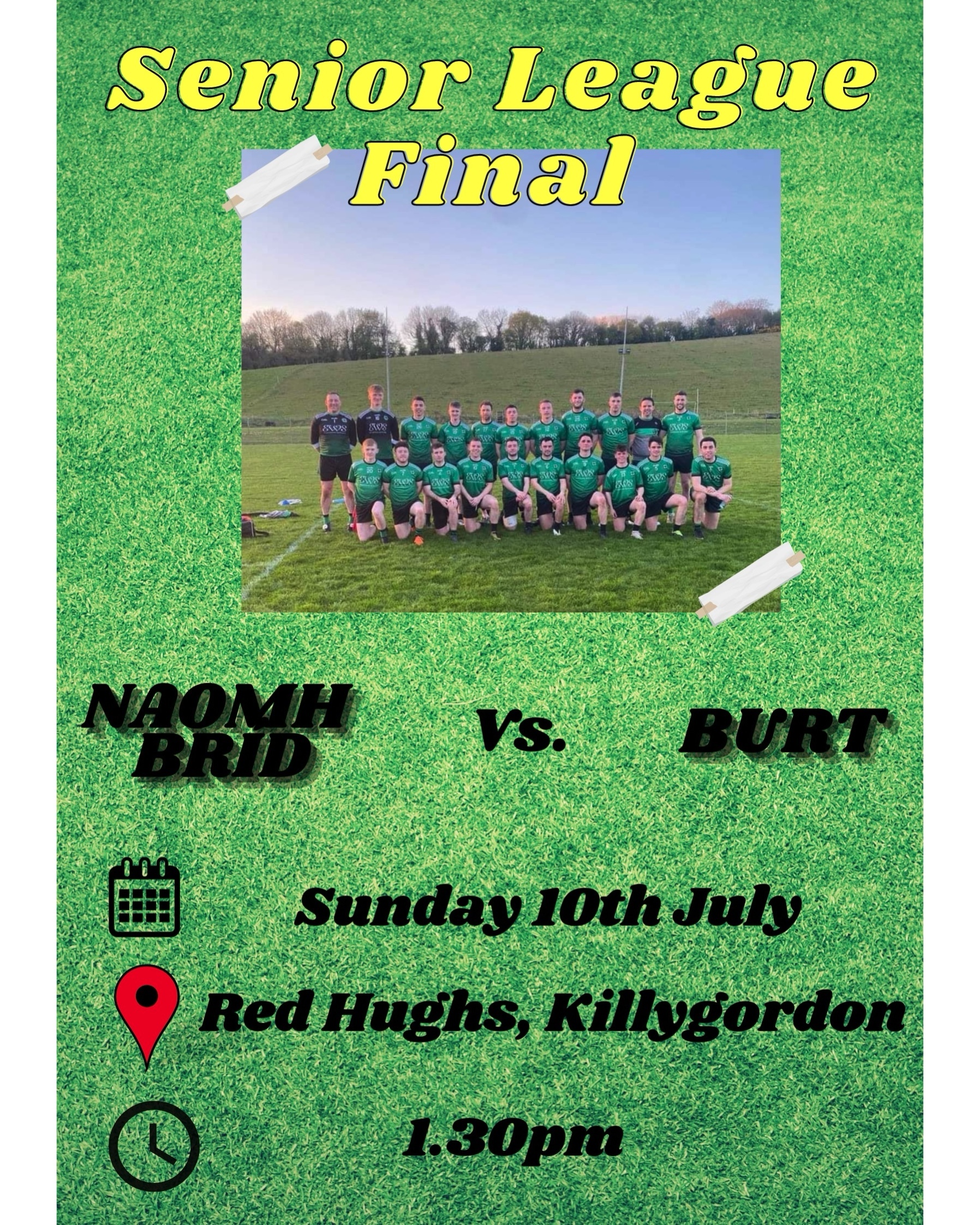 Published: about 1 month ago

All roads lead to Red Hughs Killygordon this Sunday, where our senior mens team take on Burt in the league final, After securing promotion last week the lads will be looking to go one step further and bring home the first bit of senior mens silverware since 2006. As you know these games don’t come round to often so LETS BRING THE COLOURS AND THE NOISE to Killygordon on Sunday and give the lads that extra push as they look to bridge 16 year gap.

Best of luck to Management and Team

There will be an Advanced Coaching Camp in the Bundoran ...