CLG Naomh Bríd was established in 1976 to cater for the sporting needs of the Gaels of the parish of Drumholm. It first began with a men's Junior Team and then in 1986 Bord Na Nog was formed. The club has gone from strength to strength since its establishment and now partakes in a range of elements of the GAA including Mens & Ladies Football, Boys & Girls Football and also the Scór competitions which is the cultural element of the association.

The club had many different homes locally in its early years, however, in 1988 the club purchased a piece of land locally, which has since then been developed into an excellent centre for Gaelic Games in the parish - "Pairc Naomh Bríd". The facilities were officially opened in 1992 by then President of the GAA Peter Quinn.

The club crest is a combination of a traditional O’Neills Gaelic Football intertwined with the cross of our patron; Saint Bridget. The crest was designed in the early 1990’s by club member Angela Griffith. Since its inception, it has been placed on all club artefacts such as letters, posters and club playing gear. It also forms the central part of our club flag which is flown at Pairc Naomh Brid on match days.

In current times the dominant club colours are green and black, these colours gained dominance in the early 1990’s over the traditional red and black which had been the club colours since the beginning in 1976. 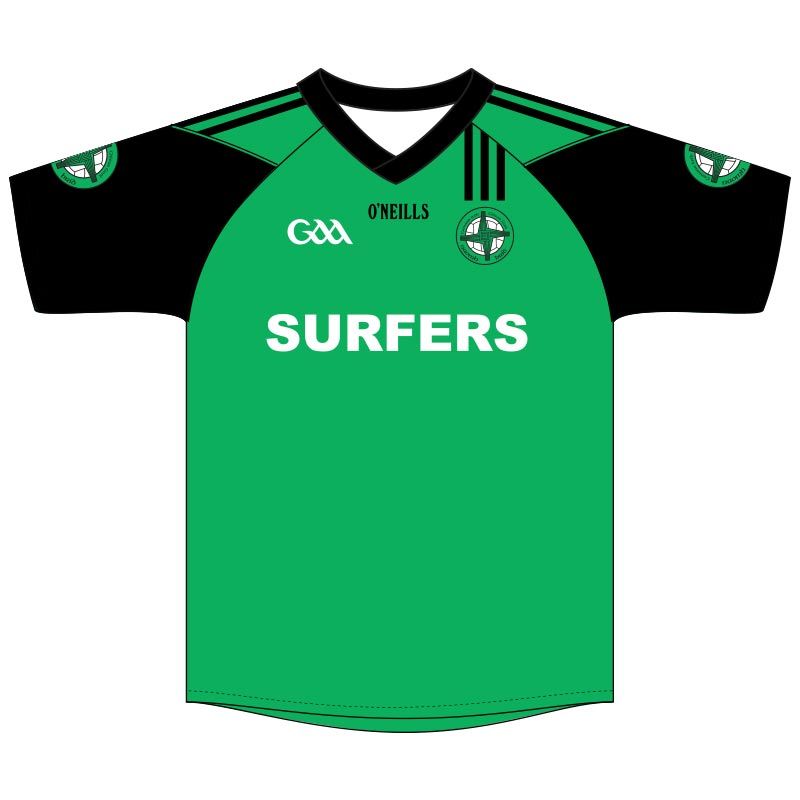