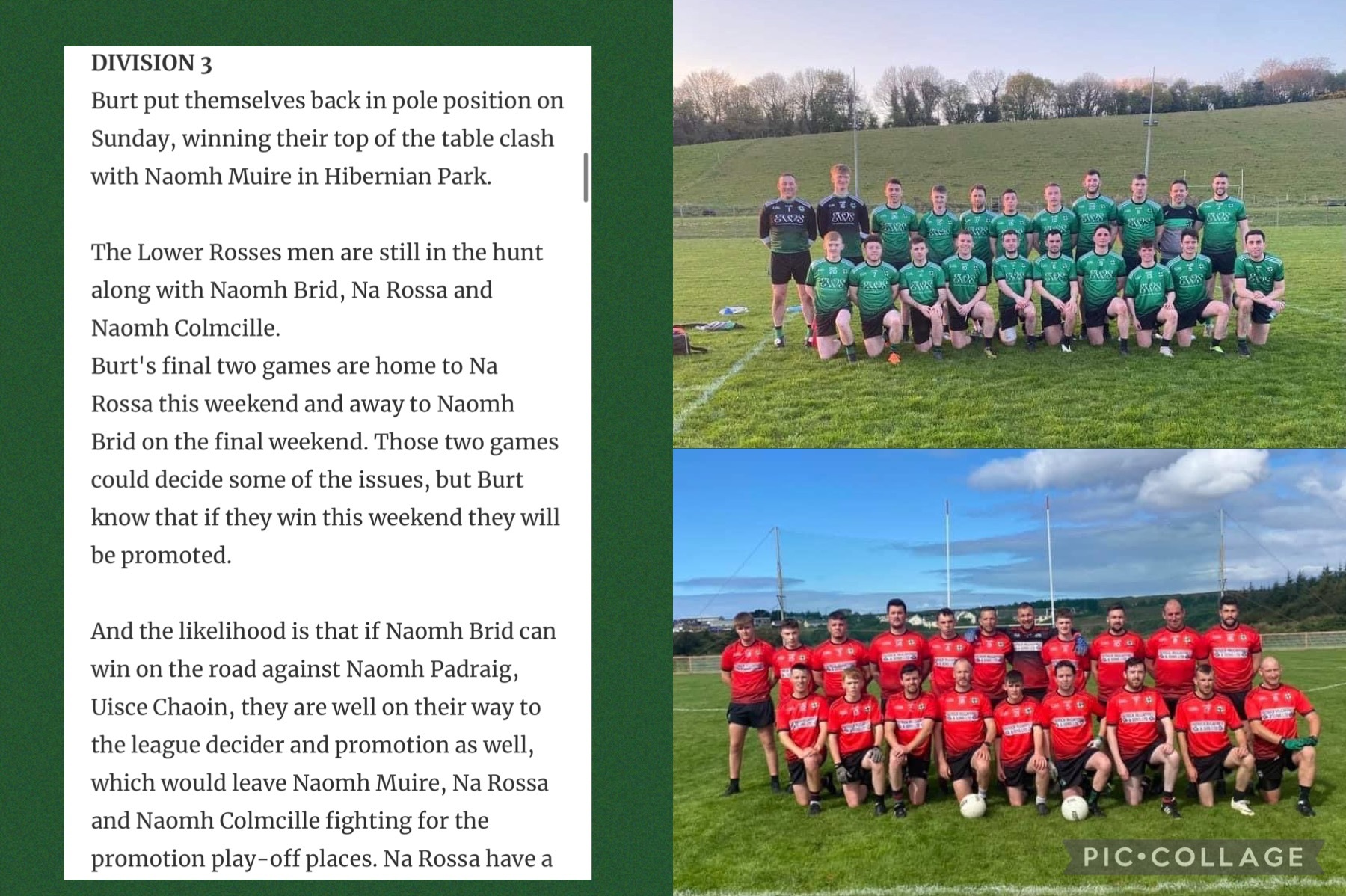 Published: about 1 month ago

All roads lead to Naomh Padraig Uisce Chaoin today. A win for our seniors would secure promotion and spot in the league the final.

The lads have won 9 out of 10 games so far this league campaign and will be hoping to make it 10 out of 11 and secure that all important promotion and league final place, Throw in @6:30pm

Reserves return to action after a good win Vs Naomh Ultan and are still in the hunt for league honours, a win today could bring the race to title to the last day of the league campaign next week vs Burt. Throw in 5:pm

Let’s get out and support both teams🖤

Best of luck to both teams and management 💚🖤

There will be an Advanced Coaching Camp in the Bundoran ...