U17 Match Report Vs Killybegs 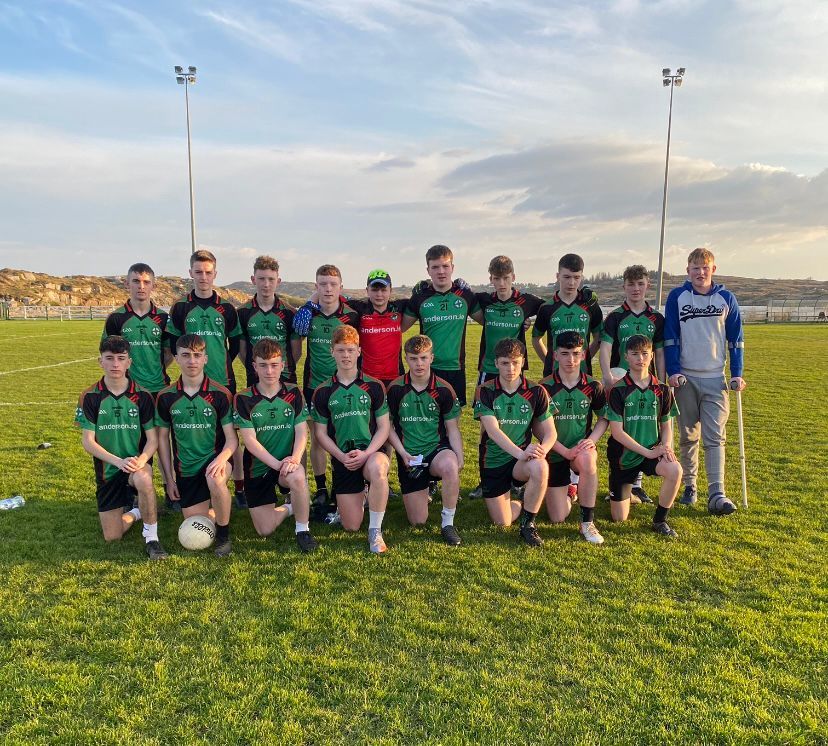 What an epic Battle was played between the table’s top two teams in Pairc Naomh Bríd yesterday evening in a glorious evening of sunshine..

The visitors from Na Cealla Beaga started the brighter and had hit a killer goal in the opening minute’s from their corner forward Eoin mulligan who was causing the home team plenty of trouble in the early exchanges.The visitors then kicked two points to lead 1-2 to no score after 10 mins.

Naomh Bríd defender’s like John Britton,Patrick Gormely and Ronan Maher started getting on a lot of ball and used it wisely and up front Aaron mc Grory was causing plenty of trouble for the Killybegs fullback and sweeper and Mc Grory was fouled mid way through the half for a penalty and converted into the corner the resulting penalty…

McGrory added a further two points 1 from play and one from a 30 yard free to level matters..Rossa Fahy who was giving everything had to be replaced by Jamie Anderson and we wish Rossa a speedy recovery.

The final 10 mins of the half saw Callum mc Cafferty and Donal gallagher get a good foothold in midfield against a very physical Killybegs midfield and this helped push the home side on and two further points from Mc Grory and one from Gallgher and Killybegs hit two points to leave the half time score 1-5 to 1-4 in favour of the home team.

The second half was also a excellent half of football from both teams and Cale Breslin was excellent at fullback with Daithi Moss for help going well beside him as was the young keeper Dylan Mc Grory who was always in control and his Distribution out was good.

Naomh Bríd as a team all working hard especially the half forward line of Mullaney,O Hart getting to defensive duties when needed. Oisin brogan was moved to the 40 and got on a lot of ball in the second half and a further goal and 3 points from Aaron mc grory one which was a 45 mtr frees from the ground sent the home crowd into applause.

It was a credit to both teams to to serve up such a great game of football and next up for Naomh Bríd is an away trip to Kilcar in two weeks time.

These lads have now had 5 wins from 5 and will have there eye on a county league semi final in the next few weeks.We wish them well going forward and wish all injured players a speedy recovery back to the squad

💚Caoimhe’s fight to walk🖤We are delighted to host this fu...

Academy starting back on Saturday the 4th at 10am to 11am...

❤️School Ulster Finals❤️Best of luck to all the boys repr...