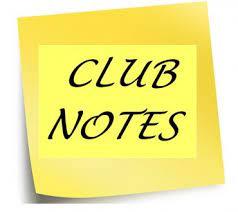 Club Notes
Lotto
This week's winning numbers are 02, 05, 08, 10, 15
There were no winners of this week’s jackpot.
Next week’s jackpot is now €2100
Congratulations to our lucky dip winners of €25
Hugh Gallagher
Noel Molloy
Irene Walls
Mc Daid Clan
Thanks for all the support with this week’s draw. Tickets are on sale online or in the post office in Ballintra,local shops or local public houses.
Next week’s draw will take place on Monday evening @ 8.30pm in the Rambling House.
Naomh brid lotto jackpot is Standing at €2100.The clubs Lotto committee would really appreciate if all Parents/members would play Lotto online this week.Lotto can also be played in all the shops at our lotto stands or in post office and the pubs of the parish..
All revenue from the lotto goes to running & development of our club.
Play weekly for €5 at link below
Many thanks Naomh Bríd lotto committee
https://play.clubforce.com/play_newa.asp?ll_id=2016#Anchor

Bord na Nog AGM :
Naomh Brid Bord na Nog took place recently at the clubhouse and was well attended.
Chairman Michael Gallagher presided over the meeting and gave a summary of a very successful year for Naomh brid.
Election of Officers took place and was presided over by Lorcan McGrory.
Michael Gallagher stood down as Chairman and Noel Molloy was elected in as new Chairman,
Noel Molloy stood down as Secretary and Ger Maguire was elected in as new secretary, Bridin McGarrigle stood down as treasurer but will remain as assistant treasurer, new
Treasurer elected in is Mary Cooke,
Sharlene McGrory remains as PRO.
We would like to thank Michael Gallagher for a very successful term as Chairman and for his commitment to the club.
We would like to thanks Bridin McGarrigle for all her work as treasurer and wish her all the best with the new arrival.
Here's looking forward to another sport filled year with Naomh brid Bord na Nog