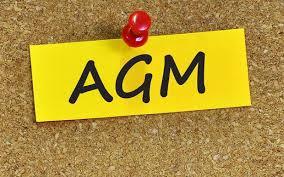 Naomh Brid Bord na Nog took place this evening at the clubhouse and was well attended.

Chairman Michael Gallagher presided over the meeting and gave a summary of a very successful year for Naomh brid.

Election of Officers took place and was presided over by Lorcan McGrory.

Michael Gallagher stood down as Chairman and Noel Molloy was elected in as new Chairman,

Noel Molloy stood down as Secretary and Ger Maguire was elected in as new secretary, Bridin McGarrigle stood down as treasurer but will remain as assistant treasurer, new

Treasurer elected in is Mary Cooke,

We would like to thank Michael Gallagher for a very successful term as Chairman and for his commitment to the club.

We would like to thanks Bridin McGarrigle for all her work as treasurer and wish her all the best with the new arrival.